skip to main | skip to sidebar

July in a glance..

It is officially the last day of July, and my, has it been a roller coaster of a July!

Believe me. I had totally wanted to creep back in somewhere in the middle of the month to update on what's happening up here in the Northern side.. but as always, something else got in the way. Like, you know, birthdays, possible food poisoning and a baby..

Before anything else, happy birthday to me! 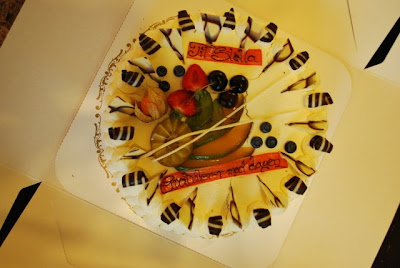 Turning 26 is not that big a deal if you ask me. It's not young enough for me to ask for a birthday party at the McDonalds where I can invite thousands of other children, most of whom would be friends of friends of neighbours. Neither is it old enough to organize a Hollywood themed cocktail function just to celebrate a milestone. Nope, it's just that age where it's "somewhere in between"...

Yet somehow, this "somewhere in between" age just got that little bit more momentous for me, for us.

You see.. earlier this month, I fell sick. I thought I was food-poisoned, having retched into the bowl almost everyday for two weeks. Thus began my meticulous listing of all foods consumed two weeks prior to that. Which also brought me to another discovery, regarding.. *ahem.. my menstrual cycle. My late period, to be precise. 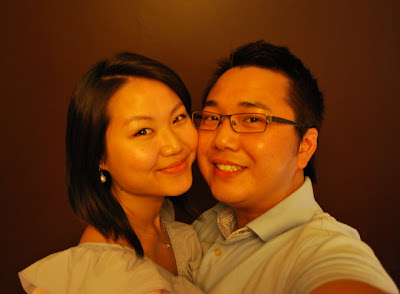 We had only just shared this little big piece of information with family and friends a week before, just so you know Missy didn't leave you out. And I'm blessed with the support and love from family and friends, both near and oceans apart.

I assume August would be no less hectic and exciting, with doctors appointment aplenty and knitting projects (this, I'm kidding).. but when time slows down at days, I'll be back here again. Just because.

Till then, I'll be nursing my growing uterus, people! xo 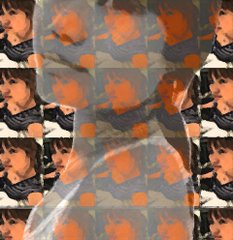 Under her barren tree..

Mummy to a beautifully grumpy boy.

I used to come to this blog and leave some scattered thoughts behind. Now, my days are spent soaking in soft inspirations around me; sometimes with a cup of coffee and most times with aforementioned baby latched on my breast.

Welcome to her world under the barren tree.

Another part of Missy Allets

other than under her barren tree